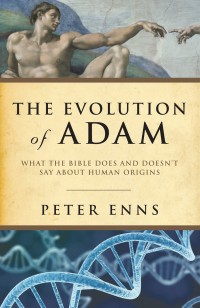 I just finished up How God Became King by NT Wright. I know, its old news, but since I am an IT professional, and not a theologian anymore, i reserve the right to be normal.

I am moving on to this book as a recommendation from Rachel Held Evans. I thought I’d change up my reading a little bit and actually read something someone else recommended.

Starting out on this book, I realize something about myself. I realize that I want to hold on to certain things about my upbringing. I want to hold on to some safe bets about what I was taught. I consider myself pretty open minded and accepting of other peoples views on life, Christian theology in particular- but I have a hard time when my own views are challenged.
I am sure that this (desire to hold onto safe principles) really was developed deeply in my education at Moody and my upbringing in the American evangelical system. I tend to stray away from things that discuss biblical scholarship and systematic theology- i hate them both. They generally challenge me too much. I guess i just need to be honest with myself and face the music that I live in the 21st century and the landscape of Christianity is so radically different than even 15 years ago when I came ‘to my own’ in this system.

1, The Pentatuch was written in the post-exillic period to express the theological and national concerns of the Israelite people.
-clearly this wasnt written as a historical text
-this text has less physical realities than it does theological realities
-so many questions about the story of creation in Gen 1-11 are unanswered and confusing. The author points out that even in early sunday school kids ask questions such as, ‘where did Cain’s wife come from?’ and these questions simply cant be answered.
Conculsion on this idea? There must be something here that modern critical biblical scholarship has right- who wrote this mess, and when/why was it written?

Traditionally, the pentatuch is attributed to Moses, but this is potentially problematic when you look at some of the questions that get raised such as Israelite kingship being mentioned before Israel was even a nation (Gen 36:31).

2, Ill mention here that, for the first time (over the last say, 6 years), I’ve been able to step aside from my view of Christianity as something that I need to defend. Not that I step away from Christianity, but that I step away from needing to give an account for things that are hard to understand. These last years have allowed me to say, ‘i am not really sure’, about a myriad of issues- why? because I am not on track to be a professional christian. I think this is a good thing.
I recall a patristics class at Moody, the professor stated that the trinity is ‘divine logic’, quite honestly, its no logic. The trinity is something that I have to sit back and say, ‘i am not really sure what thats all about’. But I can be comfortable with that these days. I still value the power of the christian message for my life personally, but I am also much more comfortable with plenty of ambiguity.

3, Using Spinoza, Jerome and Abraham Ibn Ezra, the author puts forward Spinoza’s claim that the pentatuch was written some time after David. I wont get into all the arguments, but they are pretty convincing and interesting. Spinoza apparently believed that Ezra wrote the pentatuch.

Thats all I’ll read for now, this is just one step on my path to understanding.