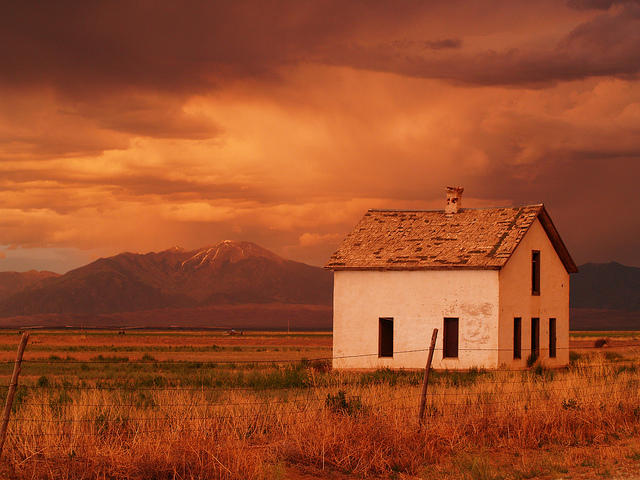 Silent trickles of rain washed down the rusted roof. The drops rolled themselves like tumbleweeds across the scarred metal and fell to their death at the bottom of the porch. Each raindrop was like a warrior destined to break through the surface, each raindrop given a purpose and jettisoned from their ethereal craft that floated hundreds of feet above this war. Their assault was valiant, but a complete failure nonetheless. They dropped from the sky, each tumbled harmlessly across the roof and each fell to a noble grave amidst the waters of death that ran in little streams to Ichabod River.

I couldn’t watch all of the battle. The assault was valiant, but a complete failure nonetheless, I was told. My mother wanted me to stay in the basement. I snuck upstairs as the soldiers marched by, the red and white uniforms being softened by the rain. I had heard that those soldiers pushed through Iron Mountain, and some even died there. They had the patches on their arms that meant they were from the fort at Pilot Knob. My best friend’s father was out there marching with them, they looked like true heroes. Sometimes after the army marches, I follow in their steps looking for bullets or things they drop.
The tramp of boots on the red, wet soil left splatters of mud near the porch. The sound of thunder rolled around each soldier as he marched past the house. It seemed to find its way into each of their hats and echo through the wool. Every man carried with him the sound of thunder. To each it was a unique sound. But all were haunted by the memories of thunderous battles past fought. Though proud in uniform, they all held the same dark chains over their already overburdened hearts.
The general held up his hand and pointed to the river. Each man dropped to his knees by the river while canteens tumbled out of their satchels. Every one of them looked to the streams and partook of the waters of death from Ichabod River.
“I watched all of this from the upper room of my house, I was four years old.”